This employee spotlight is a little bit different than our others. In December of 2021 our CTO suddenly and tragically passed away.

As our organization (labelled by Tony himself as his family) has taken the time to heal from this loss, we wanted to share his spotlight interview.

Led by the wonderful copywriter, Tim Stitzel, last year, we left some of the more personal banter and questions in to help illustrate Tony’s personality and communication style. 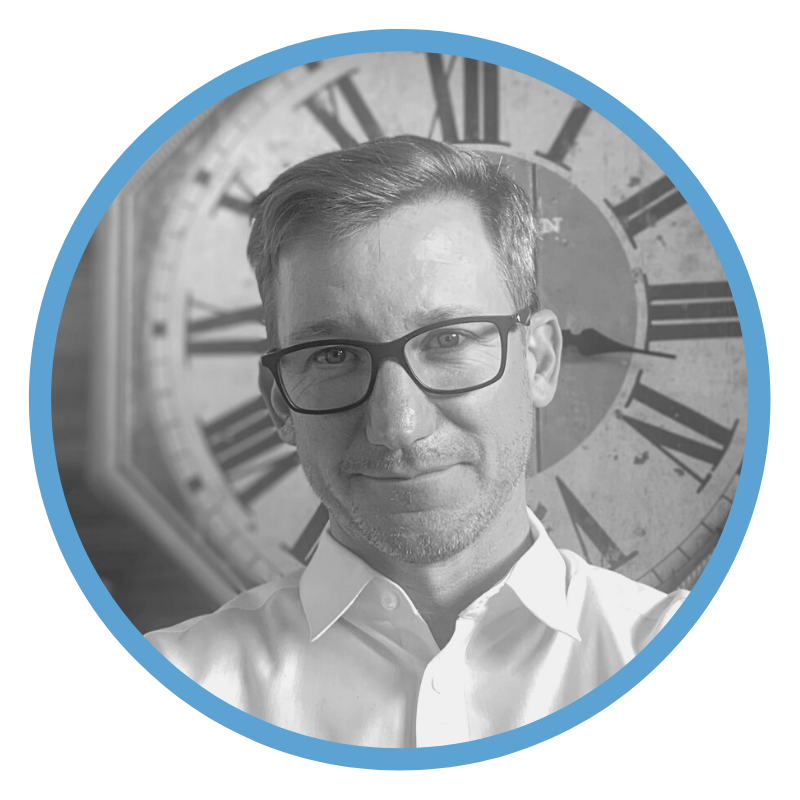 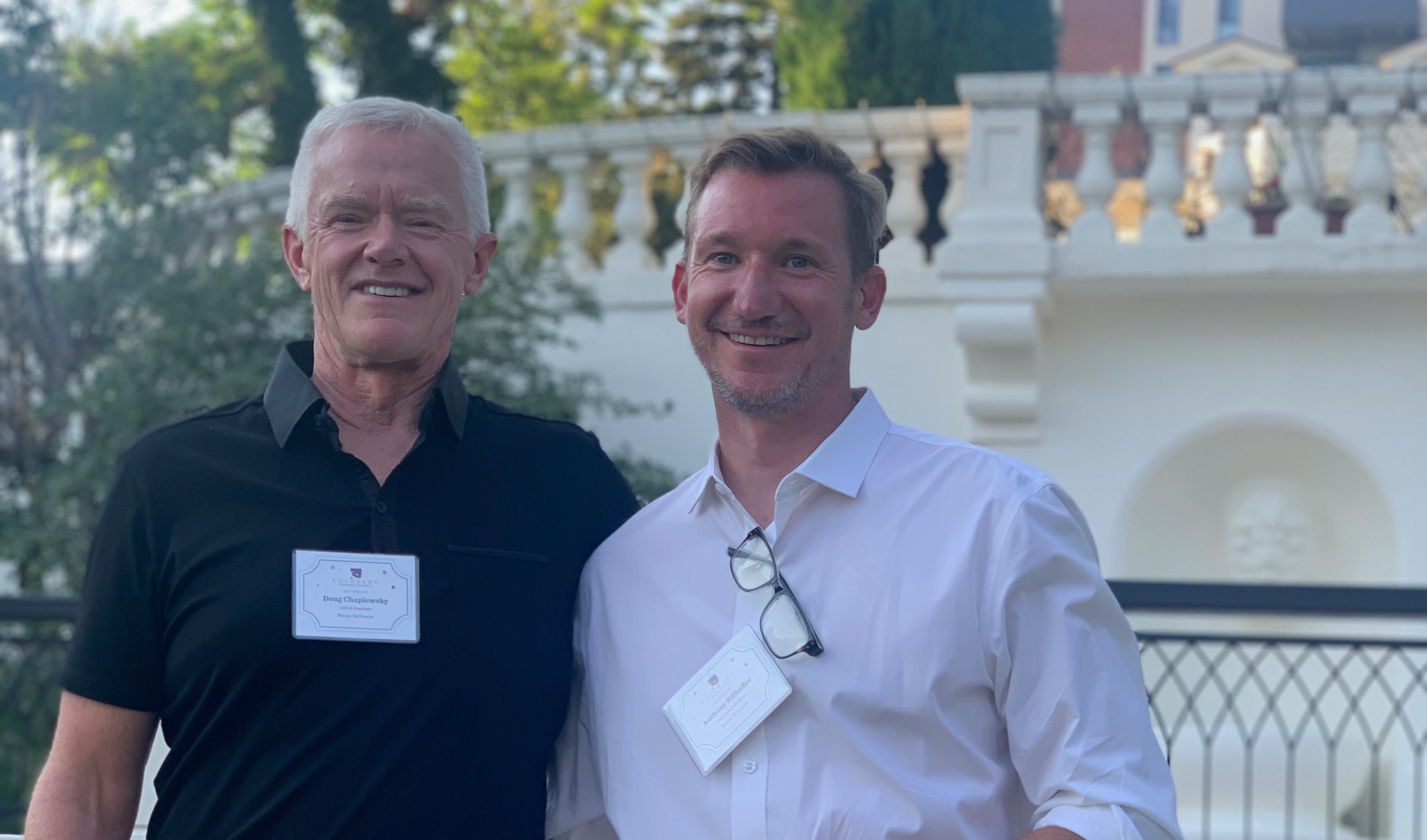 For starters, I would love to hear your origin story, everything that took you up to where you are now with Kanso. Before you joined, when Kanso was still HDS Labs, and how you got to your current role?

I had two business partners at the time, we had a little consulting business, and we worked primarily in the defense space, specifically, Defense Intelligence.

We’d really had a hard time with government contracts, you know, the government can be hard to deal with. Sometimes you think you’d have a contract in the bag and then days before it’s supposed to start it gets cancelled, you know, it was just a lot of that, that turmoil.

We decided, okay, we’re going to branch out and we’re going to start looking at commercial projects. One of my partner’s found Doug, and started talking to him about it, he was like, “Hey, you guys need to meet him, I think they have a cool project for us to get involved in for the long term.” So that’s where it started. That’s how I met Doug. And he contracted us to come in and re-platform and reimage, and build this rewrite of a 30-year old, just build a modern version.

My business partners had about a year into it, they had some other plans, and there were some disagreements between the company and one of the business partners. Doug approached me about just taking this on myself and building a new team.

So that’s what I did, I kind of severed the tie with my old partners. I went all in with Doug, you know, I knew he was bootstrapping this thing on his own with his own money. And I really admired what he did.

How long was it between you meeting Doug and taking that plunge?

That would have been like 2012 or 13. Okay. I worked as a consultant to Doug for several years, it was, I think, January 2019, that I officially accepted the title of Chief Technology Officer for HDS. And then, you know, subsequently we rebranded as Kanso. Since then, even offered partnerships. So I’m one of the three partners. Doug, Jenn and myself.

I was talking to another employee who mentioned that you both had had served in the military. You were in the service?

It’s kind of an interesting, interesting mix. I did. I was I was active duty Air Force when I was really young, like right out of high school. I spent five years active duty Air Force, wrapped up college wanted to do software engineering. I did that for several years. But when the economy tanked….well the tech bubble came about, there were 30,000 software engineers in Denver out of work. At any given time, there were about seven open positions. So I was like, okay, screw this. I’m going back to what I the only other thing I know, which is the military. This time I went army. I waited out the economy out, got back into the software engineering, but I kind of missed the defense space. So that’s when I started doing consulting with Defense Intelligence. I still missed some of the military…so I joined the National Guard and I became an officer. And I just retired three weeks ago. Just got the military retirement finally.

Congratulations. That’s so cool! My father was Air Force. He was a lieutenant colonel when he when he retired. He was an A10. Pilot.

Let’s talk more about what you do now. Tell me about your day to day as CTO?

It’s so all over the place. I would say like, in a nutshell, I’m responsible for anything technology related that our company provides to customers. As well as bolstering for the future. For example, we built Doorways as a monolithic web application, and I’ve spent the last three years or so planning for us to pick this thing apart and put it into the cloud. This way it can be ultimately scalable, so there’s no difference to us between 100 customers and 10,000 customers.

Within our software engineering team, we’ve kind of subdivided into like current engineering, future engineering, and then back-end database stuff. I manage those teams while keeping an eye on the future.

What are some exciting things about your role. And then on the flip side, some of the things that are challenging?

We are the first in our space, to introduce this platform concept to like subsidized housing, whether it’s tribal or public housing or homelessness. Our competitors build products to address housing, but they don’t integrate well with third parties. They try to monopolize on everything, and we’re taking a different approach with a vendor marketplace. So we don’t care what General Ledger a housing Authority uses….we will integrate with it, you bring your own ledger, you bring your own inventory system, and they can participate in our platform.

One of our competitors charged the city of Atlanta $15 million to upgrade to their software. Well, that city is no larger and housing wise than Navajo Nation, which is one of our customers and we charge a fraction of that, so we’re hoping to kind of transform that and save the Housing Authority a ton of money in the tune of millions of dollars in some cases.

The government wastes….I watched the government waste so much money on defense. I hate to see that applied somewhere. like housing, where they’re helping….they’re supposed to be helping individuals but instead they’re spending this exorbitant amounts on software when, we believe you don’t have to.

In terms of the challenges, it’s got to be you’ve got like a million plates spinning in the air. How do you manage it all? From day to day, week to week?

100%. No doubt we are realizing successes because of the people that we have working in the organization…. like I can’t spin all those plates….I drop them, constantly. I think people view high priority plates and the rest hit the floor.

We all have each other’s back. So as far as those spinning plates go, when I’m dropping one, you know, I have two people I consider my right and left hands there.

How would you define Kanso’s vision?

Our vision is to provide clarity, to the efforts of housing organizations that they don’t have right now. A lot of housing has been just throwing darts at the wall, and let’s try this and see if it works.

If you talk to people who work in subsidized housing, they have a lot of issues to manage and they’re dealing with bureaucracy. Our vision is to equip these housing authorities or even larger, overarching governing bodies with better analytics.

What’s something that surprised you about your work with Kanso? Over the years?

I talked to Doug, and that very first phone call changed my mind. He painted this picture and showed me just how complex housing was. Especially Indian Housing. You know, and I’m interested in other cultures, too. Our software is the most complete demographic data set that exists on tribes in the US or anywhere.

I want to be part of that. I want to work on something like that, you know, endeavor that could change lives once you once people get wise to it.

What are you passionate about? What do you love to do? What are your hobbies?

Yeah, that’s that’s changed over the years …I’ve kind of replaced a lot of hobbies. Like, I used to work on old cars. I don’t do that anymore. I was into Corvettes.

Now I have four kids of my own. The oldest is like, 26 years old. She’s our product manager, Haile, and the youngest is 13.

I had no idea! I can’t believe you have a 26 year old daughter. You look so young on the website.

Yeah. We hired her as an intern while she was still in college. She just devoured this problem space…she just understood it so well. She was eager and hungry. So, she really grew within the company. She’s not our product manager because I’m her dad: she did that on her own.

Anyway, so you know, with kids, and now grandkids, like family has, has become a bigger focus. I spend a lot of time with family, I’m close to all of them. And then if you couple that with the fact that most of us at Kanso either knew each other from other gigs, or somebody is a friend of somebody else, so we automatically trust them. We’re really close so we’re all good friends outside of work. So you know, it’s family and extended family. That’s how I spend most of my time if I’m not working.

What are some things that you share with new candidates, cheerleading Kanso?

I always go back to you know, as a software engineer, how many times have you been left? Hanging, you know, to figure something out on your own, and you’re banging your head against a problem forever? And you might ask for help, but people are like, oh, yeah, I don’t know what’s going on there. And they just kind of blow you off.

That’s not our culture. We’re, we’re friends outside of work, too. It’s very much all hands on deck, if somebody needs help. So we all have each other’s backs. We all keep an eye on how we’re all doing. If somebody’s stress level is getting too high. You know? They just burn out.

We encourage them take time off. We’re like, “Hey, you’re taking next week off? Yeah, you’re stressed out. We all see it. We’ll all cover.”

I just think tight, close family nature that we have in the company is the biggest selling point to me. I think it’s resonated with people because people we interview are usually pretty damn interested and eager to join. After they see that and they come in, hang out in the office with us, and they just see how we all work together.

My….this is going to be really dorky. From the time I was a little kid, mine was always the sloth. I don’t have the luxury of being as lazy as I want to be. But… I’m jealous of the sloth…just laying around, hanging in trees. Just taking it easy.

What is your guilty pleasure?

Chocolate, chocolate. It’s my weakness. I love it. Yeah, I just have to you know, I have to exhibit some self control. Yeah, I love chocolate….. 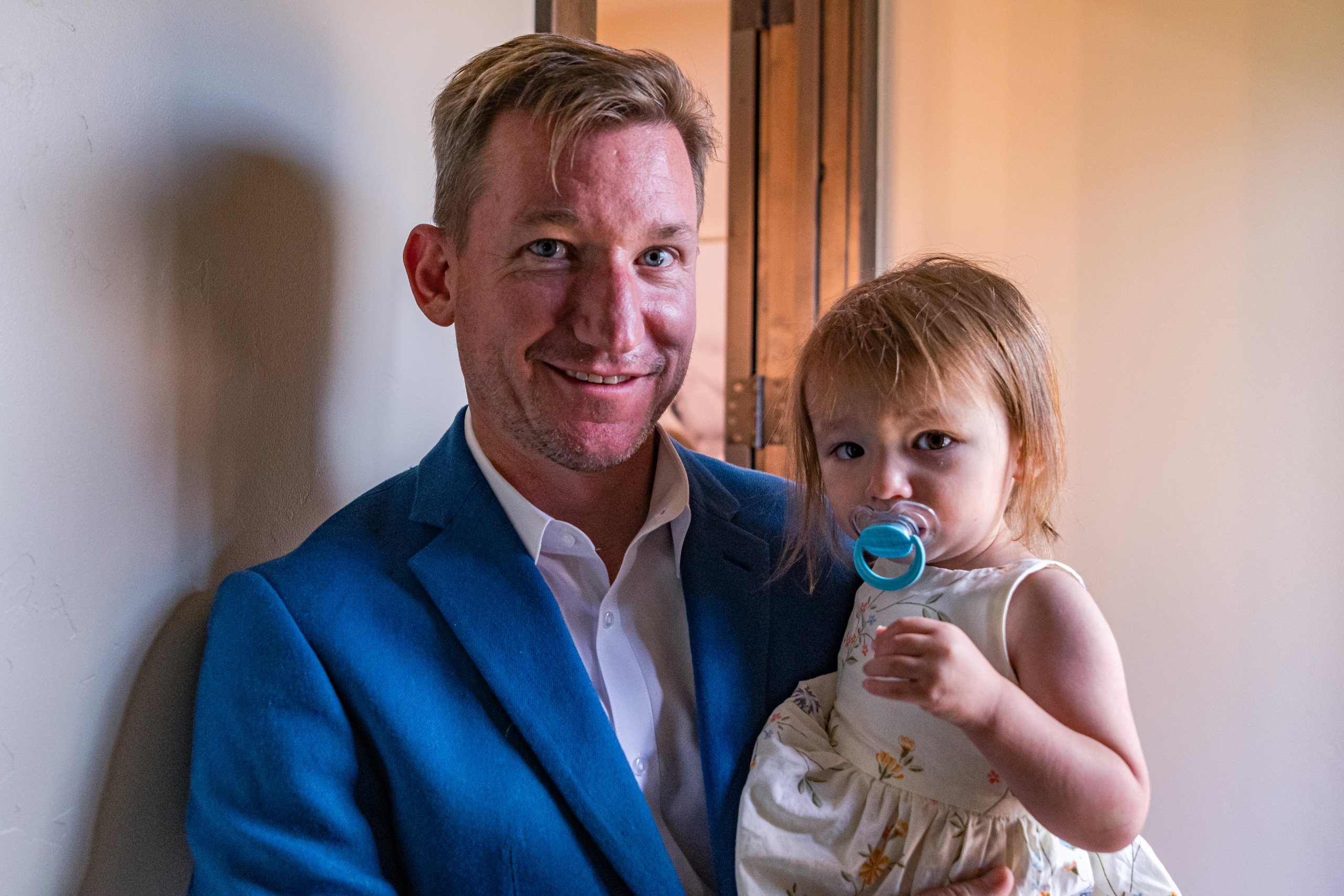 About the Author: Haile Elizondo

As Kanso Software's Product Manager, Haile is the point person for knowing the in's and out's of Doorways and all other Kanso Software products. In this role, she researches client needs and designs features that will make the product easy to use, and teams more efficient.

Page load link
Manage Cookie Consent
To provide the best experiences, we use technologies like cookies to store and/or access device information. Consenting to these technologies will allow us to process data such as browsing behavior or unique IDs on this site. Not consenting or withdrawing consent, may adversely affect certain features and functions.
Manage options Manage services Manage vendors Read more about these purposes
View preferences
{title} {title} {title}
Go to Top